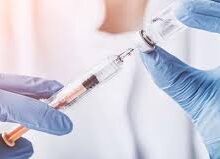 Wellbeing Injections offer a range of benefits to combat the lifestyle effects of a busy modern life. You may be struggling to manage the effects of a vitamin deficiency or battling against seasonal hey fever. The symptoms of which can be alleviated with a simple wellbeing injection.

Vitamin B12 is to the human body what petrol is to a car. Without it, you would not get anywhere. B12 can be naturally found in meat, fish, and dairy products. These are often referred to as natural sources of B12. Both meat-eaters, vegetarians and vegans can suffer from B12 deficiency, making B12 deficiency a common problem. This can be resolved with B12 supplementation.

Vitamin B12 injections are used to treat lower levels of this vitamin in the body. B12 helps your body use fat and carbohydrates for energy and make protein. It also has an important role within the blood, cells and nerves. A deficiency may occur due to certain health conditions or general poor nutrition.

B12 is administered by intramuscular injection into the upper outer quadrant of the buttock.

Vitamin C is administered by intramuscular injection into the upper outer quadrant of the buttock.

Hay fever (seasonal allergic rhinitis) is caused by an allergic reaction to pollen. It can trigger sneezing, a blocked or runny nose and itchy eyes. It is normal for it to appear at the same time each year.

Severe hay fever symptoms can ruin peoples’ summers and have a detrimental effect on the quality of life. It may also prevent people from being able to work optimally.

The UK is particularly affected by pollen with a mixture of flowers and trees such as silver birch and rape seed most likely to worsen symptoms of hay fever.

It is estimated that there are 3 billion trees in the UK! Working out at nearly 50 trees per person.

One Kenalog injection should cover the whole pollen season and negate the use of over the counter treatments.

Kenalog is administered by intramuscular injection into the upper outer quadrant of the buttock.

Prior to having a wellbeing injection, we recommend that you read our freely available information guide that can be found on our website under the following link: https://michelle-louise.com/before-and-aftercare-instructions/